Disney Princesses on the bottles of Bakuriani 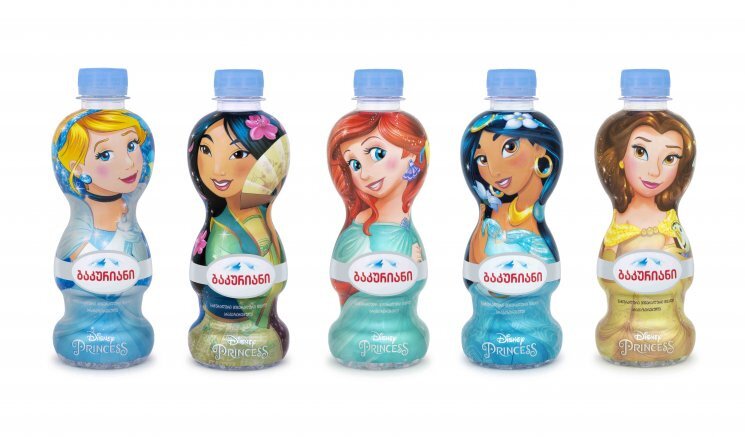 The collaboration between IDS Borjomi Georgia and Walt Disney CIS continues. This time the Disney Princesses:  Cinderella, Ariel, Bell, Jasmine and Mulan appeared on the kids’ favorite toy bottles of Bakuriani. From now on, Bakuriani toy bottles will be featuring these beloved characters.

Following the 2018 Agreement between IDS Borjomi Georgia and Walt Disney CIS, Bakuriani is granted an official license to depict Disney owned characters on it’s products. While initially, Bakuriani packaging showcased characters from Frozen and the superheroes from Avengers, this year, Disney’s popular princesses will join the special toy bottle series.

“Developing the childrens’ water segment is one of the important directions for us and we have been actively working on this for several years now. At first we offered Bakuriani Tsida to our customers, and following the positive feedback it became evident that this direction was quite promising. Our main goal is to help develop the healthy habit of drinking water from early childhood, hence we paired the pleasant and useful together, releasing our Bakuriani Toy Bottles. The main massage of Bakuriani Toy Bottle is Drink and Play, thus while drinking water children can play with their favourite heroes. We started 2019 with Disney Princesses and we promise a lot of exciting surprises during the year to our little loyal customers,’ said Salome Bezhitaishvili, Brand Manager of Bakuriani.

Bakuriani Toy Bottles in a special 0.33L packaging is produced in Borjomi N2 manufacturing factory. Bakuriani is a natural mineral water filled with an optimal range of mineral components. Thanks to its unique composition, it is ideal for those who favor active lifestyle. It restores water balance in the body and is recommended for child nutrition.

IDS Borjomi Georgia, which produces Bakuriani, is part of IDS Borjomi International. The volume of production as well as the technological innovations make IDS Borjomi an unmatched market leader in the Georgia’s mineral water industry.  Its portfolio boasts established mineral water brands such as Borjomi, Likani and Bakuriani.